In probably my most controversial upcoming episode. I will be interviewing Daryl Cooper who ran for the Sask Party. He wasn't well known outside of Saskatchewan until a self admitted left-leaning News organization called Press Progress, along with the National Broadcaster CBC posted an article on him. The article can be found here

Daryl had liked some tweets that some self proclaimed QAnon followers had posted or shared.

QANON is based off of posts that originally appeared on the popular messageboard 4chan and it involved the idea that there is a deep state that controls the political theater and that Q was a political insider that posted cryptic information and links that would reveal some hidden clues, a peek behind the curtain of the illusion of American politics. Many QAnon supporters also believe that there are links to more nefarious deeds and occult symbolism. Is Q real or is it a disinformation campaign, a red herring or one of the most successful trolling operations ever conducted?

Like ANTIFA, QANON is a loosely based ideology with many followers, it has no core hierarcy or structure. Some are simply curious, some are looking for a sense of community and some are more involved on social media, posting links and theories and beliefs. Then just like ANTIFA there are those who may be considered extremeists, usually at the opposite ends of the political spectrum.

This apparently was enough to get him dropped from the party and he believes he has had his name tarnished and accused of being a conspiracy theorist.

What is interesting is that I googled his name and over 10 articles came up all revolving around Daryl and QAnon. How does a small time Sask Party politican hopeful get this type of coverage over a few tweets? I'm not a twitter buff but I thought likes don't indicate endorsement? 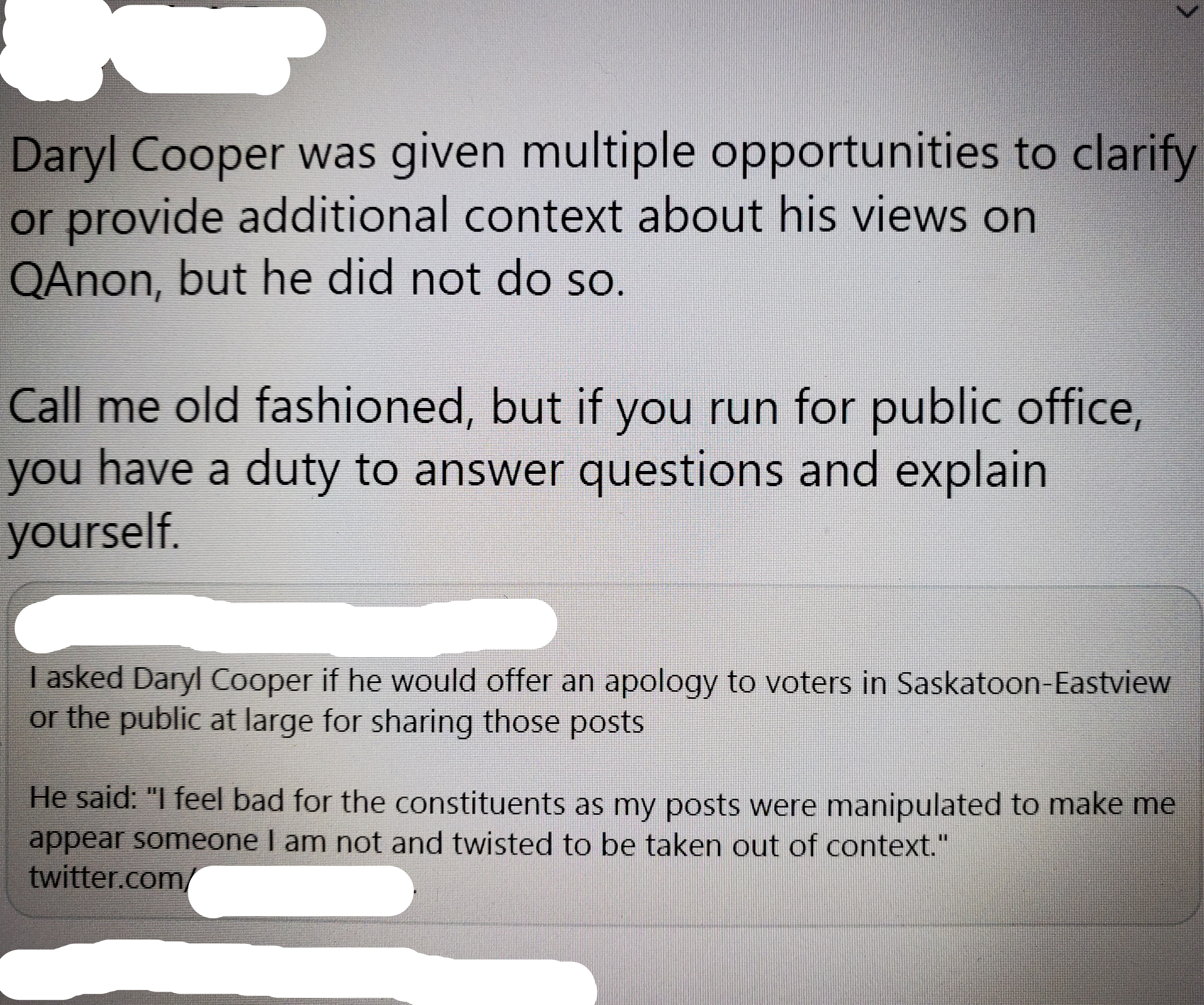 I mentioned Daryl in my Podcast and someone suggested I contact him. I reached out to Daryl and asked him if he wanted to be on my show to tell his side of story. He was happy to set the record straight on my show and we chose a date.

I'll be talking to Daryl to hear his side of the story live at about 1430hrs on October 24th, we'll also talk about the sheer number of articles posted and cancel culture.

(I also have a copy of the letter that Daryl published in response to the news article.) 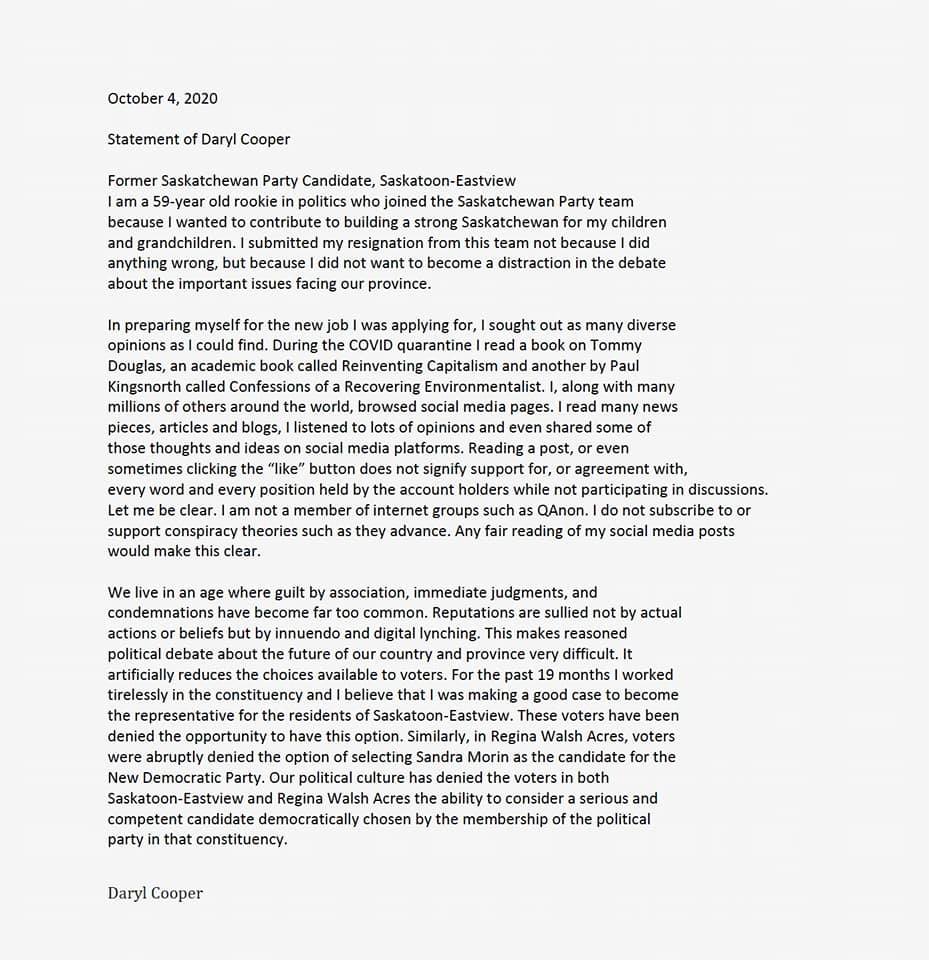 Please consider tuning in live to ask your own questions! We'll be live on Facebook, Youtube and Periscope.